Created by a team of designers who treat each project as a unique piece of experiential art, A22’s design concept is all about orchestrating a mood of quiet chic.

Explore the exquisitely decorated rooms in the boutique hotel A22. Embrace the natural light that highlights the individuality of every room with soothing tones, unique refurbishing, and responsive technology—which, together, create a sanctuary of calm in the heart of the city centre.

Choose from 20 rooms; each with its own unique character, bold interior design, comfortable layout and high-quality modern fittings. Every room features a state-of-the-art sound system, allowing you to infuse the space with your own personal vibe.

Our Superior Rooms offer a comfortable and inspiring space in which to relax and unwind featuring a view of the city skyline. The guest rooms are 18-25 square meters, outfitted with a stylish palette, plush furnishings, and sumptuous textures that elevate the aesthetic. 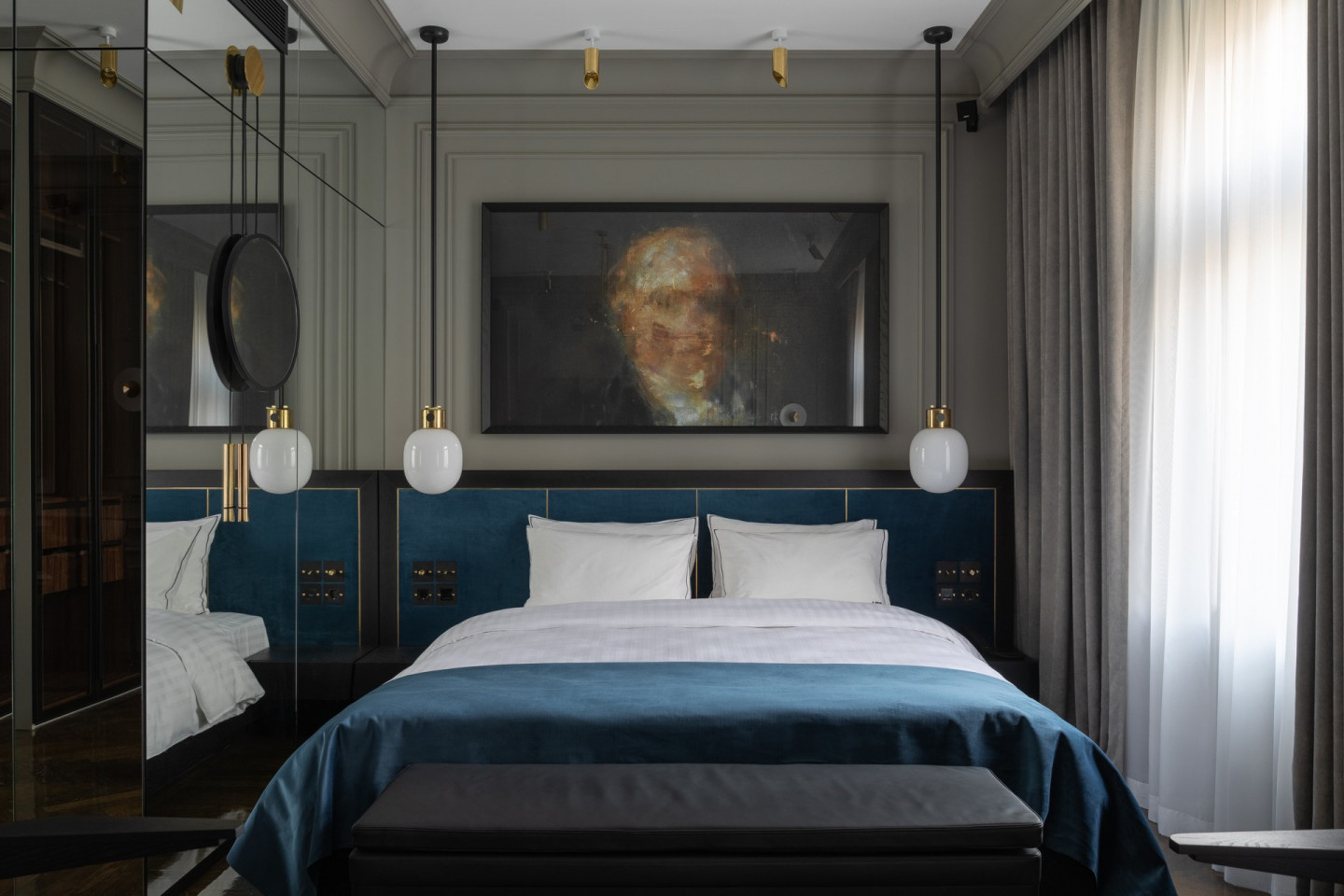 Overlooking the embassy district or lush Viestura park, begin your experience at A22 with the Deluxe 26-30 square meter guest room. Feel the spirit of calm and profound comfort and allow yourself to be surrounded by the history and exceptional style of our guest rooms. 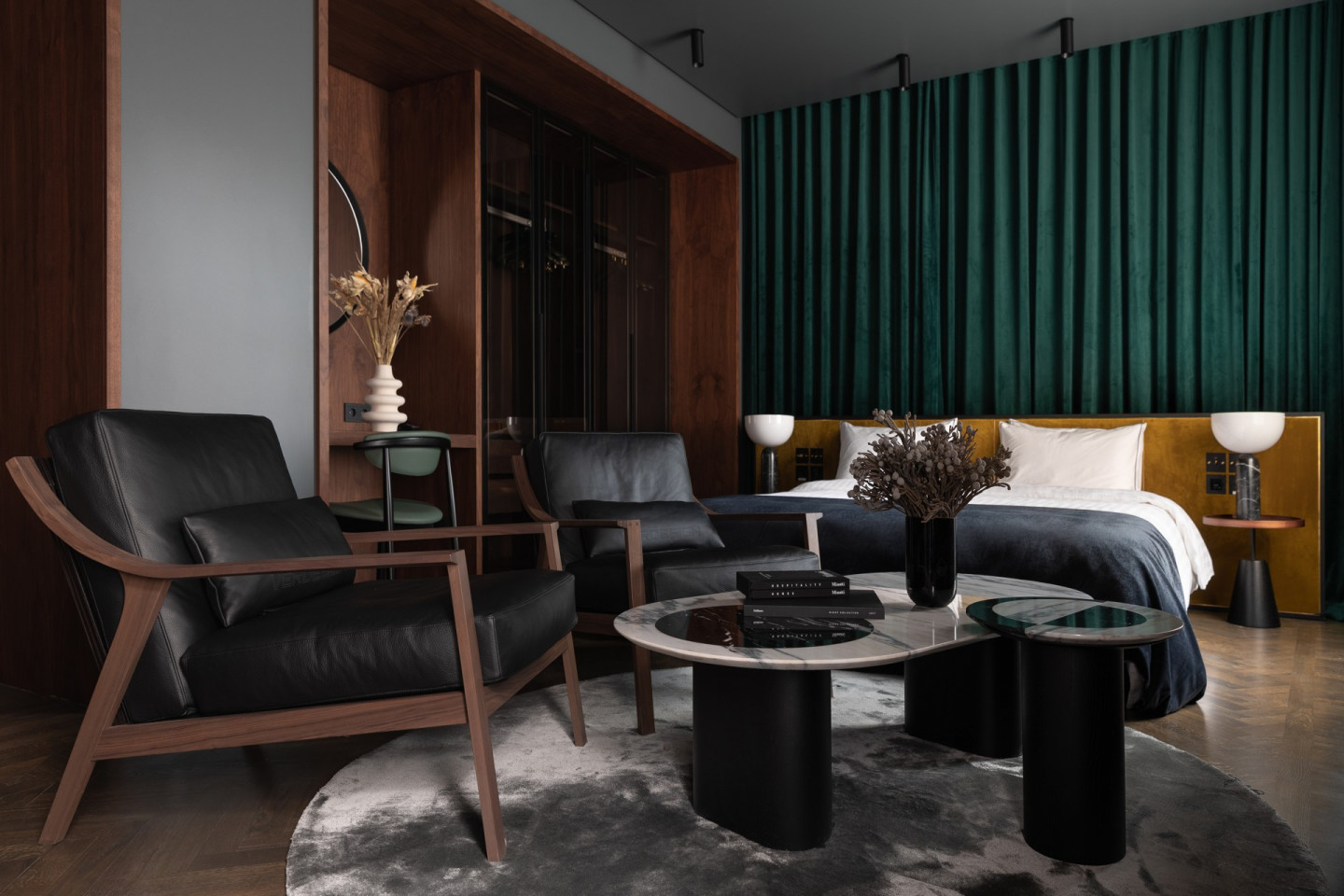 Our Suites offer a comfortable and inspiring space in which to relax and unwind overlooking the historical park or Art Nouveau buildings. The guest rooms are 31-35 square meters, outfitted with a stylish palette, posh furnishings, and sumptuous textures that elevate the design. 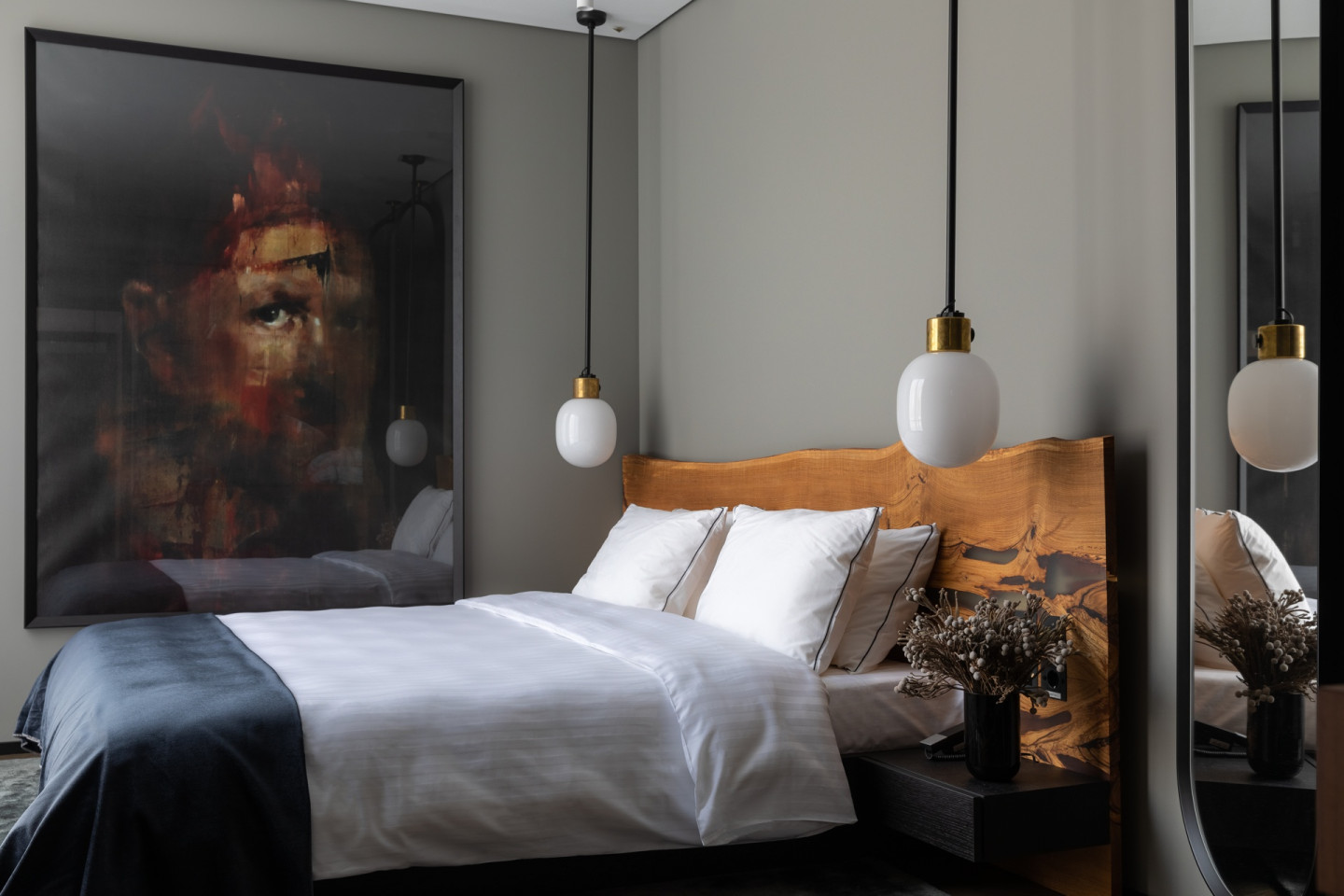 Spacious and luxurious suites allows you to unfold and relax in a manner intuitive and warmly welcoming. It’ll be difficult to imagine staying anywhere else. Our Suite offers the ultimate A22 experience. The Park view complements our modern yet stylish art nouveau-inspired interior and refrigerated cabinet filled with a superior mini bar. 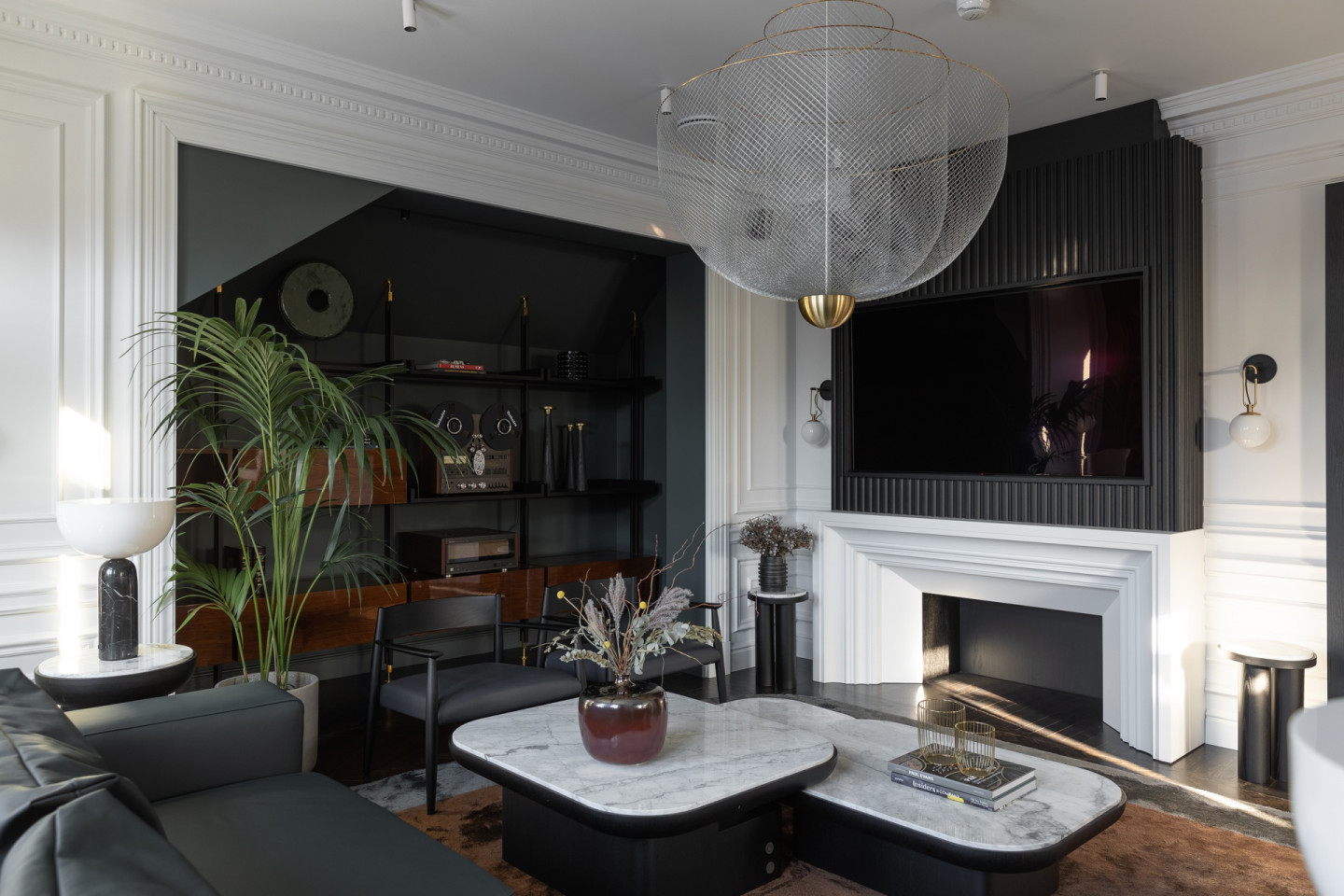 The crowning glory of the A22 experience. Our presidential suite occupies the top floor of A22 with 111 square meters of elegance, offering a preeminent park view. Dip into the realm of private luxury in one of the most spacious suites in Riga, where unique design is tastefully combined with modern architectural elements and high-quality fitting. Two bedrooms, walk-in closet, comfortable living room, and spacious bathroom are carefully thought through to create a harbour of relaxation amid chic and modern ambience. 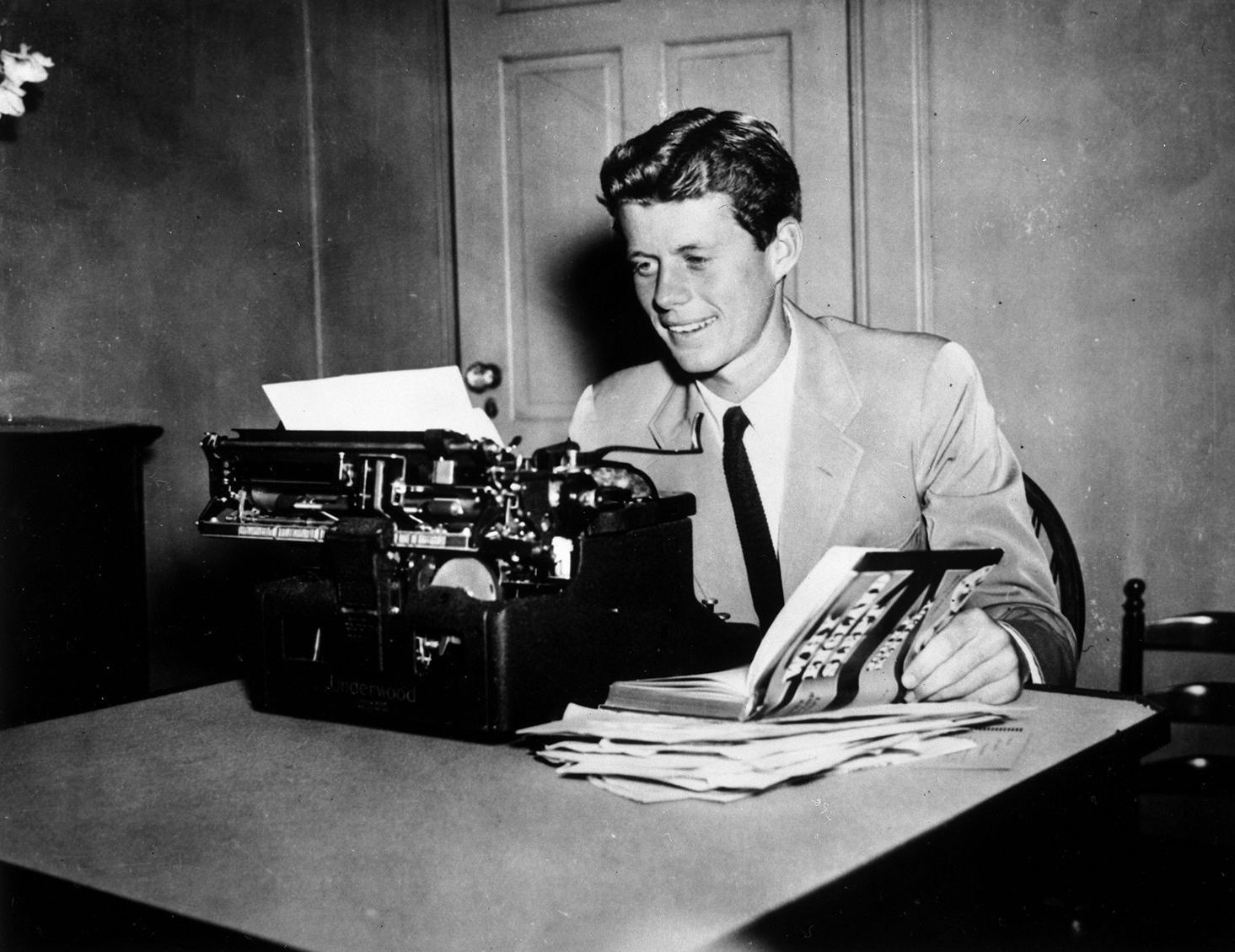 In the August of 1939, a young but very ambitious 22 year old Harvard student went on a summer trip across Europe and Soviet Russia. The name of this young man was John Fitzgerald Kennedy. Once he stepped off the high-speed train that arrived from Warsaw to Riga, Kennedy headed directly to the Embassy of United States to meet the ambassador John C. Wiley and his lovely wife Irene.

Kennedy was staying in the three-room mansard of the building on Ausekla street 22, built prior to his arrival just to ensure that young visitor lived in comfort during his stay in Riga. A number of things have remained almost untouched since then, including the elegant and vibrant atmosphere of the Quiet Center.

A curious and energetic young man, he dedicated his 5 day stay to exploring Riga and it’s suburbs. He went to see The Brother’ Cemetery, traveled to Latvia’s top resort Jurmala and even went to see Riga Central Market, that at the time was recognized as the biggest marketplace in Europe. He was very interested in the modus vivendi of Latvians, and spent a lot of time among the people.

Later he continued his trip, but clearly there’s no doubt that during his short stay, Kennedy touched this place with his unique personality.